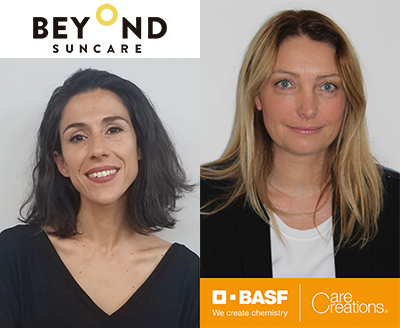 Safe in the Sun: Project Working with People with Albinism in Africa

Interview with Mafalda Soto (Beyond Suncare) and Stéphanie Acker (BASF)

Mafalda, you co-founded the organization Beyond Suncare, which aims to protect people with albinism in Africa. You are a United Nations Champion on Albinism, with the model you developed being chosen as a best practice by the United Nations in 2017.

How did you start the project and what drives you?

Mafalda Soto, Beyond Suncare:
In Africa, more than 200,000 people live with albinism, but due to a lack of understanding of this condition, 9 out of 10 die of skin cancer before they turn 30. Additionally, they are a constant target of discrimination and attacks. My first contact with people with albinism was in 2008 when I volunteered at several community mission hospitals in Malawi. What was supposed to be nine months of an internship became nine years of work in the field supporting and building up projects for vulnerable groups in sub-Saharan Africa, particularly for persons with albinism. As a volunteer at the Regional Dermatology Training Centre (RDTC) in Moshi, Tanzania, I led the establishment of a laboratory and a program that provided locally-made sunscreen to people with albinism in East Africa. When we started on our own sunscreen production in 2012, we were able to deliver sunscreen to 200 persons with albinism; three years later the figure stood at more than 2,000 people.

During my time in Malawi and Tanzania, isolated from the Western world, I learned a great deal about the reality, dangers and discrimination people with albinism face in such remote, rural environments. This is why I co-founded Beyond Suncare when I returned to Europe in 2016. Our goal is to ensure all people with albinism live a free and dignified life while being protected against skin cancer and all forms of discrimination. Operating in countries such as Malawi, Angola and Rwanda, Beyond Suncare works to educate and raise awareness among persons with albinism living in remote and neglected places, and distributes tailor-made sunscreen to them. In addition, we train and empower healthcare personnel, so they can learn about this genetic condition in detail and provide better care to people with albinism at their clinics. 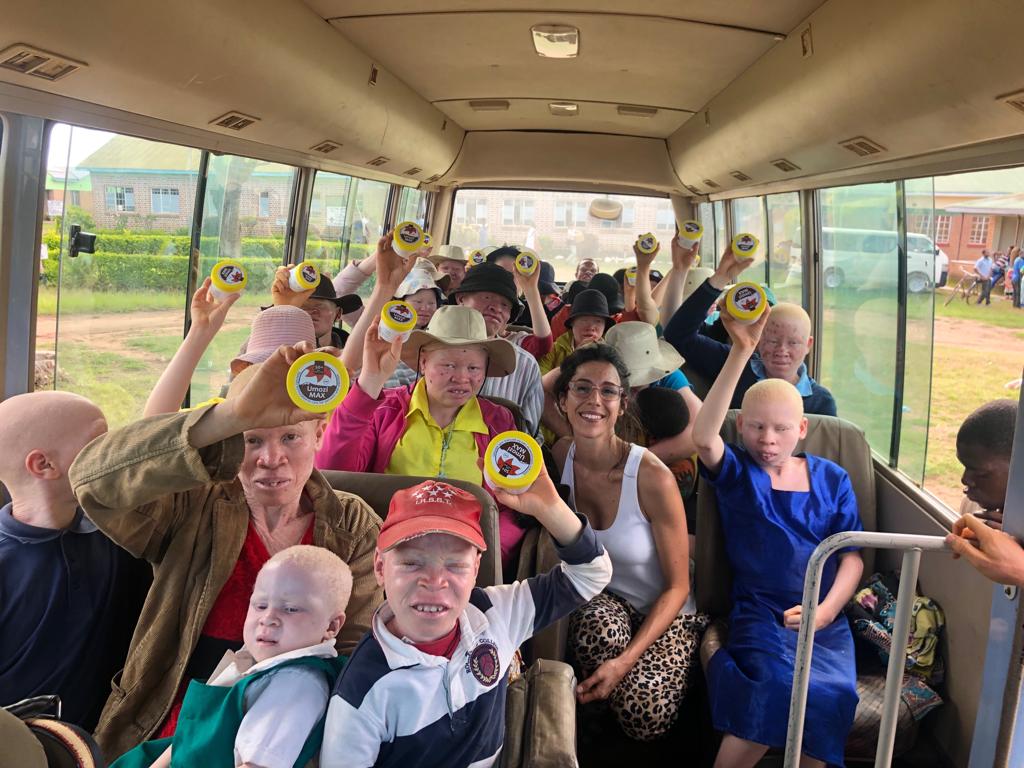 When did the collaboration with BASF start and what form does it take?

Stéphanie Acker, BASF:
Our first contact was in 2011, when we started to help the RDTC further expand production of its self-developed Kilimanjaro Suncare. Our initial role was as a supplier of free ingredients and technical expertise, but in 2014 we began to work with the founders of Beyond Suncare to develop a new, highly efficient sunscreen formulation that was even better adapted to the needs and sensory preferences of people with albinism living under extreme solar irradiation in sub-Saharan Africa. Additionally, we continued to supply local manufacturers with the respective sun care ingredients free of charge. Two years later, we created a second, improved version of this formulation. To develop a sunscreen that met all the requirements was a real challenge, but we are very pleased with the result.

What were the exact requirements and challenges involved in developing the new sunscreen formulation?

Stéphanie Acker, BASF:
Before we started to develop the new formulation, we worked together – based on our common understanding of the situation – to determine which properties were essential and which manufacturing conditions needed to be considered. Our goal was to develop a formulation with improved sun protection, especially in the UVA range, that was water and sweat resistant, highly photostable and suitable for sensitive or even damaged skin. Another aim was to ensure it was easy to formulate, with only a limited number of raw materials, and able to fit within the chosen, recyclable packaging – an open jar.

In Europe, virtually all commercially available sunscreens are oil-in-water emulsions. They are easy to apply and easily absorbed, and ensure a comfortable feeling on the skin; however, they cannot withstand the hot African sun, and wash off due to increased sweating. Therefore, to be able to include all the required aspects in a single formulation, we decided to use BASF’s Switch-Oil-Phase (SWOP) Technology. This technology stands out because it enables O/W emulsions to be turned into W/O during application. SWOP emulsions combine the application advantages of O/W emulsions with the technical benefits of W/O emulsions: they allow for consistent, comfortable distribution, feel light on the skin, become absorbed quickly, and have a cooling effect while providing long-term moisturizing properties as well as strong protection from external influences. 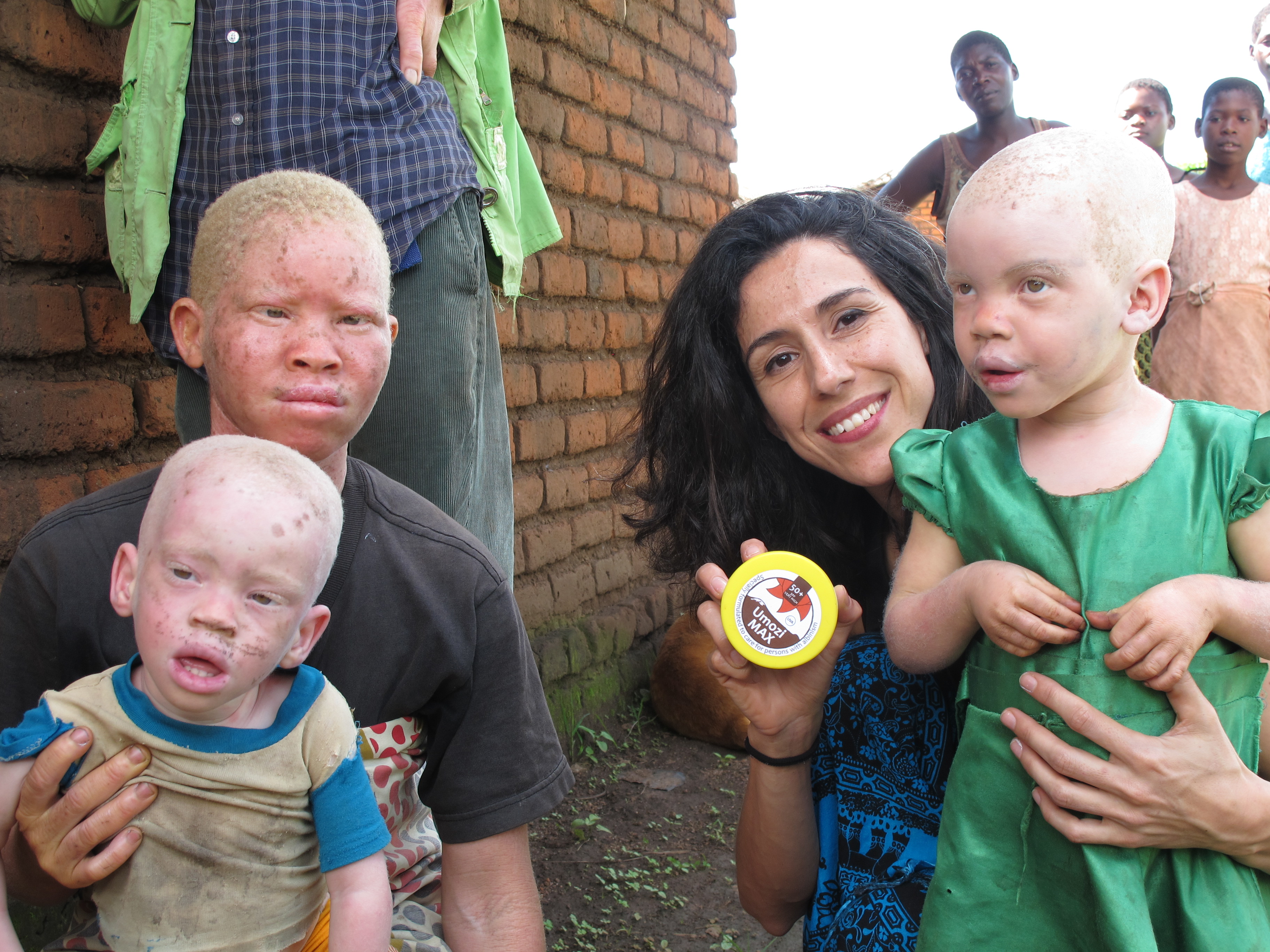 Why is it important for BASF to support this project?

Stéphanie Acker, BASF:
This project is very close to our heart. Mafalda and her team do impressive work, and we are proud to be able to contribute to this project. Social responsibility is an important part of our commitment to sustainability. As a leading supplier of sun care ingredients and with our expertise in sun care formulations, the project is the perfect fit for us. Sunscreens and UV filters contribute significantly to human health by helping to protect the skin against the harmful effects of UV radiation, such as erythema, premature skin ageing, age spots and – with frequent intensive exposure – an increased risk of skin cancer. We have to make sure the most vulnerable people in particular are safe in the sun.

Mafalda, what are your next goals with Beyond Suncare?

Mafalda Soto, Beyond Suncare:
The first phase of our pilot project in Malawi is coming to an end. We are working together with the Ministry of Health, the Association of Persons with Albinism, and other multilateral organizations in Malawi to expand our pilot project to other parts of the country. We are gradually trying to integrate our services into the existing channels that the Ministry of Health offers, as we want our work to be sustainable and to have a lasting effect. Additionally, we are expanding our work to other African countries, such as Rwanda, DRC and Angola, and are in the planning stage to establish a local manufacturing plant in Malawi.

To do all this and have an impact, we need the continuous support of strong partners and allies. This is why we are extremely pleased to be renewing our collaboration with BASF.