The Scent of Berlin: AI and Shoppers Became Perfumers

In Berlin, Symrise has tested innovative methods to create new scents. An artificial intelligence system (AI) developed in collaboration with IBM and called Philyra acted as a digital perfumer assistant. In the interactive and collaborative project, all Berliners who were interested could help the system create the scent of the capital city. They could sniff out “#Berlin 3.0” at the end of June.

On January 16th, the perfumer Mylène Alran has joined the Parisian creative team of the international perfume manufacturer drom fragrances 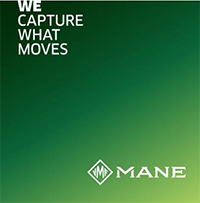 Following successful examples in neighbouring markets, MANE enters into an agreement with BRENNTAG for the distribution of its fragrances in Germany and Switzerland