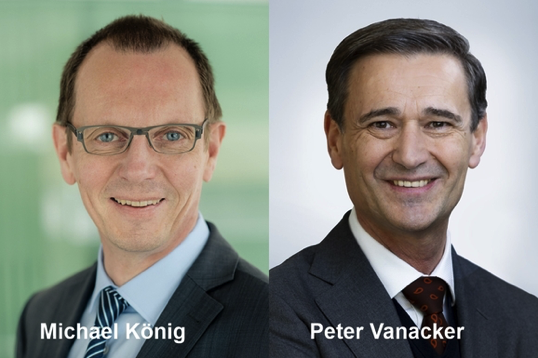 Michael König elected Chairman of the Supervisory Board of Symrise AG

Dr. Heinz-Jürgen Bertram, CEO of Symrise AG, added: "Over the past eight years, Dr. Steeger was always available to support the Management Board with his extensive knowledge and expertise. On behalf of the entire company, I would like to express my sincere thanks for the excellent cooperation. At the same time, I look forward to working with Michael König and Peter Vanacker. They have both built impressive track records during their successful careers in different industries. Their strong interest in the long-term development of businesses, with a special focus on innovation and sustainability, will greatly benefit our company."

Michael König is the CEO of the publicly traded Elkem ASA, a leading global supplier of silicone-based high-performance materials based in Oslo. Prior to this, he spent four years as CEO of China National Bluestar, a supplier of new chemicals and animal nutrition products, and 25 years in various management roles in Germany and China with Bayer AG.

Peter Vanacker is the President and CEO of Neste Corporation, one of the world's leading manufacturers of sustainable product solutions, such as renewable fuels for road and air transportation and renewable hydrocarbons for the chemical industry, headquartered in Finland.

Dr. Winfried Steeger was appointed to the Supervisory Board of Symrise AG in 2012 and served as its Chairman from August 2019 onward.

About Symrise
Symrise is a global supplier of fragrances, flavors, food, nutrition and cosmetic ingredients. Its clients include manufacturers of perfumes, cosmetics, food and beverages, pharmaceuticals and producers of nutritional supplements and pet food.

Its sales of approximately € 3.4 billion in the 2019 fiscal year make Symrise a leading global provider. Headquartered in Holzminden, Germany, the Group is represented by more than 100 locations in Europe, Africa, the Middle East, Asia, the United States and Latin America.

Symrise works with its clients to develop new ideas and market-ready concepts for products that form an integral part of everyday life. Economic success and corporate responsibility are inextricably linked as part of this process.