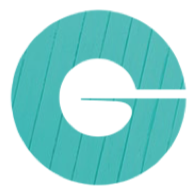 To mark Earth Day 2021, Givaudan has today unveiled its Sourcing4Good programme, opening a new chapter in its responsible sourcing approach.

Sourcing4Good has been created in collaboration and consultation with customers, specialists and Givaudan experts. Building on a heritage of responsible sourcing, Sourcing4Good supports Givaudan’s purpose ambition to source all materials and services in a way that protects people and planet by 2030.

The programme will take Givaudan’s responsible sourcing approach to a new level, covering its full portfolio of spend; including natural and synthetic materials as well as indirect materials and services (IM&S) and including all of Givaudan’s suppliers. It will be powered by cutting-edge internal technology, providing increased supply chain transparency and information-access and will be delivered through an integrated operating model.

Sourcing4Good is built on best in class methodology and supplier engagement activities defining the status of Givaudan’s suppliers and materials, from those who are starting on their responsible sourcing journey to those involved in in-depth, transformational partnerships.

“As the first in our industry to publish a Responsible Sourcing Policy five years ago, we are proud to lead the way with this strengthened programme which reflects our bold purpose and sustainability ambitions and which meets the needs and expectations of our customers when it comes to sourcing responsibly.

“Sourcing4Good moves us ever further on our journey towards being a force for good and becoming the partner of choice for our suppliers and customers. This new programme will deliver end-to-end value creation – for our suppliers, our customers and our teams – and we look forward to working together for shared success.”

Aligned to its purpose, Sourcing4Good will help accelerate Givaudan’s actions to:

Sourcing4Good has been endorsed by third parties including the Earthworm Foundation, KPMG, and Ernst & Young. The programme builds on Givaudan’s drive to use its business as a force for good as the business grows together with its customers. In 2020, Givaudan announced the start of its journey towards B Corp certification and became a founding member of B Movement Builders; a programme for multinational, public companies to come together to lead systems change alongside and in support of the B Corp community. In November 2020, Givaudan was awarded platinum status by EcoVadis in recognition of its work on corporate social responsibility and was also included for the fifth consecutive year in the FTSE4Good index. In December 2020, Givaudan was recognised with a double A rating from CDP for its leadership in climate and water and in January 2021 was named as a CDP supply chain leader.

About Givaudan
Givaudan is a global leading company in taste and wellbeing, and fragrance and beauty. With its heritage stretching back over 250 years, the Company has a long history of innovating scents and tastes. From a favourite drink to your daily meal, from prestige perfumes to cosmetics and laundry care, its creations inspire emotions and delight millions of consumers the world over. The Company is committed to driving purpose-led, long-term growth while leading the way to improve happiness and health for people and nature. In the fiscal year 2020, the Company employed almost 16,000 people worldwide and achieved sales of CHF 6.3 billion and a free cash flow of 12.8% of sales. Let’s imagine together on www.givaudan.com.