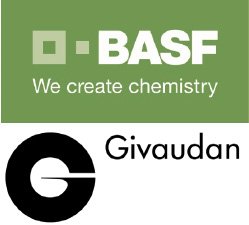 The world’s first toxicology testing strategy without animal testing has been approved by the OECD (Organisation for Economic Co-operation and Development). The testing strategy consists of three so-called alternative methods. They can be used to predict whether a substance causes allergic reactions in the skin. Unlike in the past, animal testing will no longer be necessary for this. This testing strategy was developed and validated in a joint effort by BASF and Givaudan. “For more than 10 years, we have been working towards this goal,” says Dr. Robert Landsiedel, Vice President, Special Toxicology, BASF. “We have taken a big step forward. Now we can also use alternative methods to answer more complex toxicological questions without animal testing.” Dr. Andreas Natsch, head of    in vitro Molecular Screening at Givaudan adds: “This strategy has a better predictivity for human allergy risks as compared to traditional animal testing.”

Before a new product is approved by the authorities and placed on the market, numerous tests must be carried out. This includes testing whether the product sensitizes the skin. Until now, this has always required animal testing. “To replace animal testing, one alternative method is not enough when it comes to skin sensitization. To assess skin sensitization, which is caused by a complex process in the organism, we need a combination of three methods,” Landsiedel explains. With the results from these three tests, scientists can predict whether a substance will cause an allergic reaction in humans.”

In addition to the testing strategy, another new alternative method has received OECD approval. With the so-called Kinetic Direct Peptide Reactivity Assay, researchers can predict how intense an allergic reaction is. This alternative testing method is a further achievement of the joint effort between Givaudan and BASF. It can complement the now approved testing strategy. In addition to assessing whether there is a skin sensitization potential, the new method can add information on the potency. Only with this additional test can animal testing for allergic reactions now be completely abandoned.

“We haven’t done it all alone, of course. Over the past 10 years, various companies and scientific institutions, such as the Institute for In Vitro Sciences (IIVS), have worked with us to validate the individual methods of the strategy,” emphasizes Dr. Susanne Kolle, lab team leader at BASF. “We have trained laboratories around the world on how to use these methods to generate accurate results. The more laboratories join in, the more we can reduce animal testing in the future,” Kolle explains. “By demonstrating that results are reproducible and predictive, trust in replacements of animal tests is growing,” adds Dr. Roger Emter, who developed one of the underlying methods at Givaudan. Experts from both companies agree that the approval of the test strategy is a breakthrough on the way to achieving this goal: In principle, this has opened up the possibility of approvals for entire testing strategies in other areas, such as eye irritation effects or effects on the hormone system.

At BASF, we create chemistry for a sustainable future. We combine economic success with environmental protection and social responsibility. More than 110,000 employees in the BASF Group contribute to the success of our customers in nearly all sectors and almost every country in the world. Our portfolio is organized into six segments: Chemicals, Materials, Industrial Solutions, Surface Technologies, Nutrition & Care and Agricultural Solutions. BASF generated sales of €59 billion in 2020. BASF shares are traded on the stock exchange in Frankfurt (BAS) and as American Depositary Receipts (BASFY) in the U.S. Further information at www.basf.com.

Givaudan is a global leading company in taste and wellbeing, and fragrance and beauty. With its heritage stretching back over 250 years, the Company has a long history of innovating scents and tastes. From a favourite drink to your daily meal, from prestige perfumes to cosmetics and laundry care, its creations inspire emotions and delight millions of consumers the world over. The Company is committed to driving purpose-led, long-term growth while leading the way to improve happiness and health for people and nature. In the fiscal year 2020, the Company employed almost 16,000 people worldwide and achieved sales of CHF 6.3 billion and a free cash flow of 12.8% of sales. Let’s imagine together on www.givaudan.com.