LipoTrue: Æonome™ - an Agebiotic as a New Approach to Skin’s Microbiome to Unlock Antiaging Properties

Skin microbiota is the first line of defense and made of a complex ecosystem of billions of microorganisms such as bacteria, fungi…An alteration to this equilibrium may lead to dysbiosis.

Our skin microbiota is composed of more than 7000 species, that represent the unseen world of our skin behind which the secret for a youthful skin appearance is hidden.

The study of skin’s microbiota is a labyrinthic cave yet to be fully discovered. Nowadays there are many approaches to skin microbiota:

So, what is an agebiotic? An agebiotic is a prebiotic metabolized by the commensal cutaneous microbiota enhancing the release of ageless postbiotics. Æonome™, as an agebiotic, induces the release of antioxidants by a balanced microbiota protecting skin from visible signs of aging. Æonome™ is metabolized by the commensal cutaneous microbiota enhancing the production and release of antioxidant metabolites (e.g. coumaric acid), protecting the skin cells from oxidative stress. Thus, it increases the ability of keratinocytes to produce ageless proteins involved in skin integrity, dermo-epidermal junction cohesion and endogenous antioxidants.

In vitro, Æonome™ demonstrated an antioxidant efficacy by itself, showing a reduction of ROS production by -23% vs H2O2, and up-regulation of gene involved in detoxification & antioxidant response. Additionally, the active ingredient showed to stimulate the growth and maintain a balanced microbiota diversity. Through the metabolization of the active ingredient by the cutaneous microbiota, first of all thanks to a FRAP, Æonome™ confirmed the increase of antioxidant activity since it is 2.7-fold stronger than Quercetin, a flavonoid known for its potent antioxidant activity then, through metabolomic studies Æonome™ released antioxidant metabolites.

The antioxidant metabolites act on the keratinocytes to protect them from the oxidative stress and preserved the skin integrity, via the enhancement of the production of ageless proteins, which were evaluated via a proteomics.

A clinical study placebo vs a cream with 3% Æonome™ certified Æonome™’s agebiotic efficacy reducing roughness, wrinkle area and volume in crow’s feet and wrinkle area and rugosity in forehead area.

Additionally, at the end of in vivo study, a sample of each forehead’s volunteers was collected in order to evaluated the relative abundance of commensal bacteria. Æonome™ maintains the balance of 7.000 different species of healthy skin microbiota and boosts the abundance of the most beneficial species.

Æonome™ is a bacterial ferment from a bacterium found in an underwater cave, Pas de Vallgornera (Mallorca’s island, Spain) which was discovered in 1968, which’s access is restricted to only researchers. This cave remained preserved & protected from outside for more than 3 million of years.

This active ingredient is obtained through a sustainable sourcing (one-time harvest) fermentation process, following the Green Chemistry 12 principles, and also reducing the carbon footprint. Æonome™ is 100% of natural origin according to the ISO16128, COSMOS approved and palm oil free. Additionally, this active ingredient is non-ecotoxic and readily biodegradable, which means a low environmental impact. 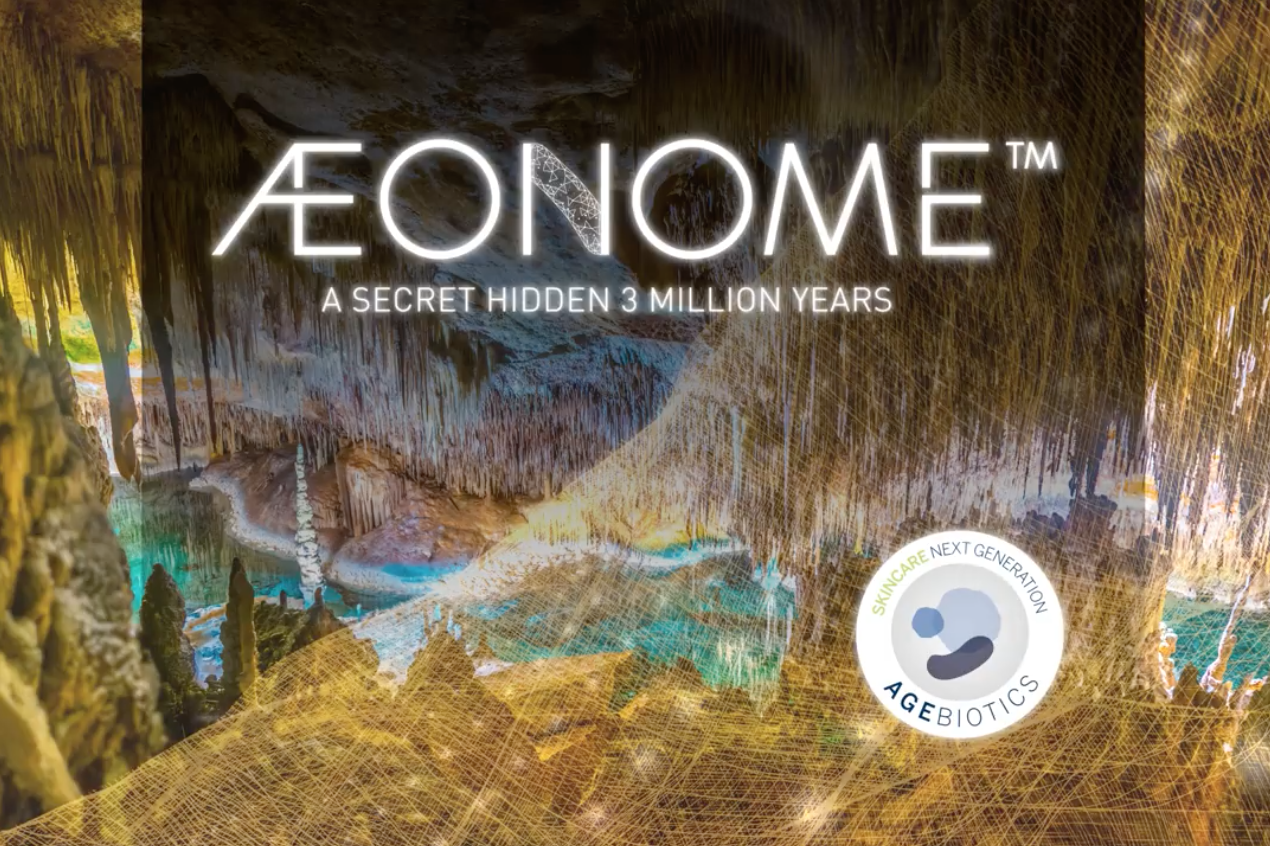 About LipoTrue
Derived from the need to innovate and swiftly adapt in the dynamic and fast-changing cosmetic market, LipoTrue science & biotechnologies has come forward. This new company moves a step up into the world of technologies, developing new active ingredients by acting as a central R&D engine integrating 4 high technological platforms.
Use of Wild Plants as Biofactories for synthetic proteins synthesis, Big Data Analytics,  and design of new peptides, and Marine bio-research are high-tech platforms that LipoTrue manages for the rapid generation of the next active ingredients. LipoTrue is a new project with a solid scientific team of 30 multidisciplinary specialists, with an average cosmetic experience of more than 10 years. For more information visit .