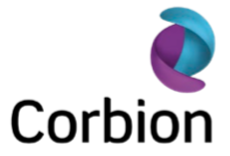 Corbion is launching a multi-faceted initiative to substantially increase its capacity for producing lactic acid and lactic-acid derivatives ahead of its previously announced major expansion in Thailand scheduled for 2023. The global initiative, involving capital expenditures at four existing Corbion facilities to maximize efficiencies and leverage synergies, is expected to produce a combined additional output roughly equivalent to a new production site without actually having to build one.

Projects at Corbion's production sites in Gorinchem (Netherlands), Rayong (Thailand), Campos (Brazil) and Montmeló (Spain), come on the heels of other recently announced capacity expansion efforts in Blair (Nebraska), but in advance of the construction of an entirely new lactic acid plant at the company’s existing site in Rayong (Thailand).

"It’s crucial for us to plan ahead in anticipation of our customers’ longer-term requirements, but it’s also important to meet their more immediate needs,” said Frederik Feddes, Vice President Lactic Acid and Specialties at Corbion. Investing in these efficiency improvements will provide greater security for customers now while the company also builds for the future. Manufacturers in multiple industries look to lactic acid and its derivatives as important enablers of their business growth as the world rapidly moves beyond fossil-based solutions.

"Corbion’s purpose is to help preserve what matters, whether that means food and food production, human health, or the environment and natural resources. Our business in lactic acid-based solutions is growing because it's highly relevant to some significant global challenges such as reducing food waste, creating biobased plastics and providing effective sanitizing solutions against the coronavirus," Mr. Feddes said. "Corbion has the advantage of a long track record in this market, and it's a market we understand very well. As the global market leader, it is our priority to continue supplying and supporting our customers to help them bring innovative, sustainable products to the world."

Corbion is the global market leader in lactic acid and its derivatives, and a leading supplier of emulsifiers, functional enzyme blends, minerals, vitamins, and algae ingredients. We use our unique expertise in fermentation and other processes to deliver sustainable solutions for the preservation of food and food production, health, and our planet. For over 100 years, we have been uncompromising in our commitment to safety, quality, innovation and performance. Drawing on our deep application and product knowledge, we work side-by-side with customers to make our cutting-edge technologies work for them. Our solutions help differentiate products in markets such as food, home & personal care, animal nutrition, pharmaceuticals, medical devices, and bioplastics. In 2019, Corbion generated annual sales of € 976.4 million and had a workforce of 2.138 FTE. Corbion is listed on Euronext Amsterdam. For more information: www.corbion.com