The Scent of Berlin: AI and Shoppers Became Perfumers

In Berlin, Symrise has tested innovative methods to create new scents. An artificial intelligence system (AI) developed in collaboration with IBM and called Philyra acted as a digital perfumer assistant. In the interactive and collaborative project, all Berliners who were interested could help the system create the scent of the capital city. They could sniff out “#Berlin 3.0” at the end of June.

Visitors to the BIKINI shopping mall, located between the Berlin Zoo and Kurfürstendamm, could take part in the exciting project until June 29, 2019, where they helped an AI system develop a new scent. Shopping enthusiasts’ noses were challenged over a total of six weeks, during which time they could rate five different base fragrances according to their personal preferences. Together with Senior Perfumer Marc vom Ende, Philyra created these “core fragrances” based on certain phrases that were meant to represent the spirit of various districts of Berlin. The choices were: Grunewald, Kreuzberg, Prenzlauer Berg, Schöneberg and Wannsee. Everyone could become a hobby perfumer and decide whether their perfect scent smells more like exclusive, wooded Grunewald or more like alternative, colorful Kreuzberg. The computer algorithm learned continuously from each participant’s evaluation. At the end of each week, Philyra created an intermediate perfume based on the tablet assessments, with the help of the trained nose and wide experience of a Symrise perfumer. Mall visitors could then sniff this intermediate perfume and share what emotions it evokes. The AI continued to learn, based on these responses as well as answers to other open questions that were posed to testers. In the last week of the event at the end of June, the final computer-generated scent “#Berlin 3.0” was presented. Participants could receive an email with a description of the scent and then test it for themselves at the Philyra booth. “We were curious to see where this experience of collaborative fragrance design powered by Artificial Intelligence would take us to”, says Claire Viola, Vice President Digital Strategy Fragrance at Symrise. “And we are excited about the outcome, which enriched Berlin a unique brand new scent.”
The artificial nose with a big brain
BIKINI Berlin wasn’t the first place Philyra has been used. This AI system was developed by Symrise and IBM Research to revolutionize the perfume industry. The computer has access to enormous amounts of historical data and thousands of formulas, and it knows every available raw material. From an endless number of possible fragrance combinations, it can identify a formula that has never been used before. And it can do it extremely quickly and effectively, with a high degree of precision. The smallest deviation in the amount of an ingredient can ruin an entire scent – or make it the next big hit. Philyra doesn’t do this all on its own, though. Experienced perfumers make use of this wealth of information and speed, but the human nose still has the final say on the scent.
Brazil is ahead by a nose in AI
The first creations by Philyra are setting hearts ablaze in Brazil. Just before Brazil’s Valentine’s Day on June 12, the cosmetics company O Boticário introduced two new fragrances, tailored specifically for the local population. Just like in Berlin, AI worked hand in hand with an experienced Symrise perfumer – in this case David Apel. Philyra analyzed consumer preferences and suggested an optimized fragrance combination. The discerning nose of David Apel perfected the final product.
“We see great potential in this new technology. The fragrance market is highly competitive and companies are searching for novelty and speed to differentiate themselves. Philyra works today on alcoholic fragrances, yet it can be extended to other scented product categories such as deodorants, skincare or detergents,” says Claire Viola of Symrise. “AI algorithms like Philyra, by essence, are constantly learning – from industry trends, regional preferences and existing combinations. With this wealth of information, the professionals utilize the potential of big data to explore wider routes for creation.” 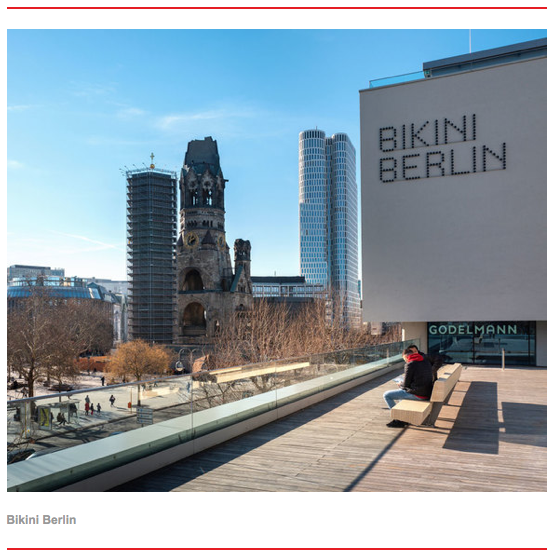